See how much LA’s skyline changed in 10 years

As photos from 2009 and 2019 prove, developers descended on Downtown Los Angeles

What a decade it’s been for Downtown Los Angeles. In the last 10 years, the neighborhood has added thousands of apartments and condos, gained its new tallest skyscraper (if you count the spire), and added some very fancy hotels.

All that activity has lured more people Downtown. Local real estate broker Brigham Yen says the biggest change he’s seen is a dramatic influx in the number of people walking around.

“There were a lot of parking lots in 2009,” Yen says. But a lot of those parking lots have been filled in with housing, shops, restaurants, and bars—and that’s given people a variety of new reasons to be Downtown, he says.

As the economy recovered from the Great Recession, so did Downtown, and project after project sprouted to cater to a rising interest in living and spending time in the city’s urban core.

To get a perspective on how much building went on from 2009 to 2019, compare images of the skyline. Perhaps the most notable change is the giant, flashy rooftop of Los Angeles recently crowned tallest building. The 1,100-foot-tall tower dominates the skyline, with a blinky little spire that gives it an edge over the US Bank tower as the tallest building in the city (and west of the Mississippi River).

The Wilshire Grand brought 889 InterContinental hotel rooms and tons of meeting space to Downtown when it opened in 2017. It also brought an LED display that can be seen for miles around.

The Ritz-Carlton and Marriott hotels—cornerstones of the LA Live development—are there, but under construction. The two hotels, which opened in 2009, and the neighboring multi-screen movie theater along Olympic were the final pieces of the LA Live puzzle to fall into place. The development has been derided by architecture critics for being a blinking sea of digital screens and lights that doesn’t really mesh with or connect well to the rest of the neighborhood. But it’s also been lauded, as a whole, as a linchpin for the larger “resurgence” of Downtown.

Visible very close to LA Live are the towers of the long-awaited Metropolis project. A project on the site was discussed for decades, but it wasn’t until the property was sold to China-based Greenland Holdings in 2013 that the ball really got rolling. Now the glittering Hotel Indigo and three residential towers are finally complete. (The final residential tower—initially planned as condos but now apartments—officially opened today).

Then there are two notable projects in Downtown’s South Park neighborhood: Circa, which opened in 2018, and Oceanwide, which is languishing near completion in the wake of regulations in China that appear to have affected ownership’s ability to finance the final stages of the project. Both have stretched Downtown’s profile as it reaches toward the 10 Freeway. 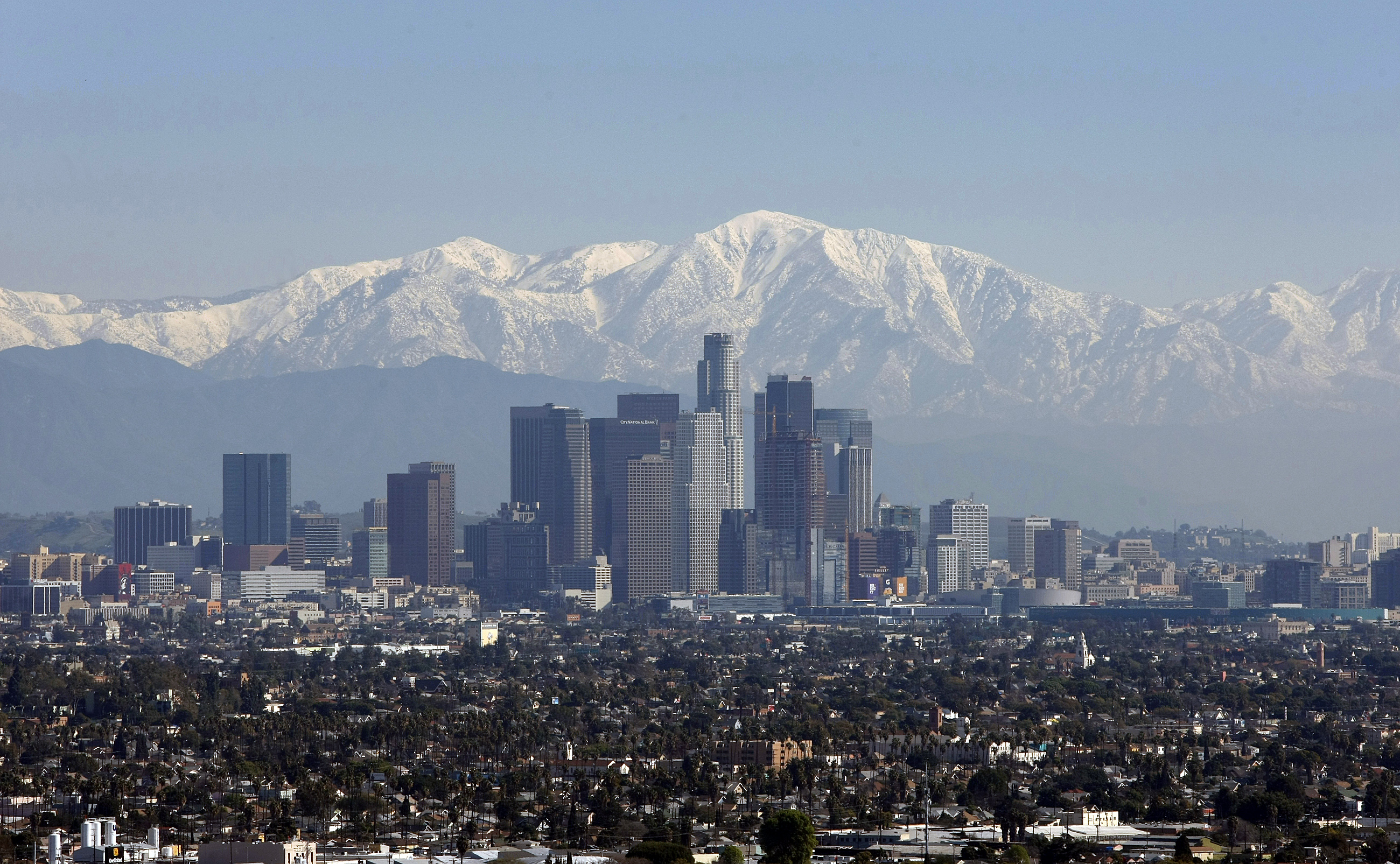 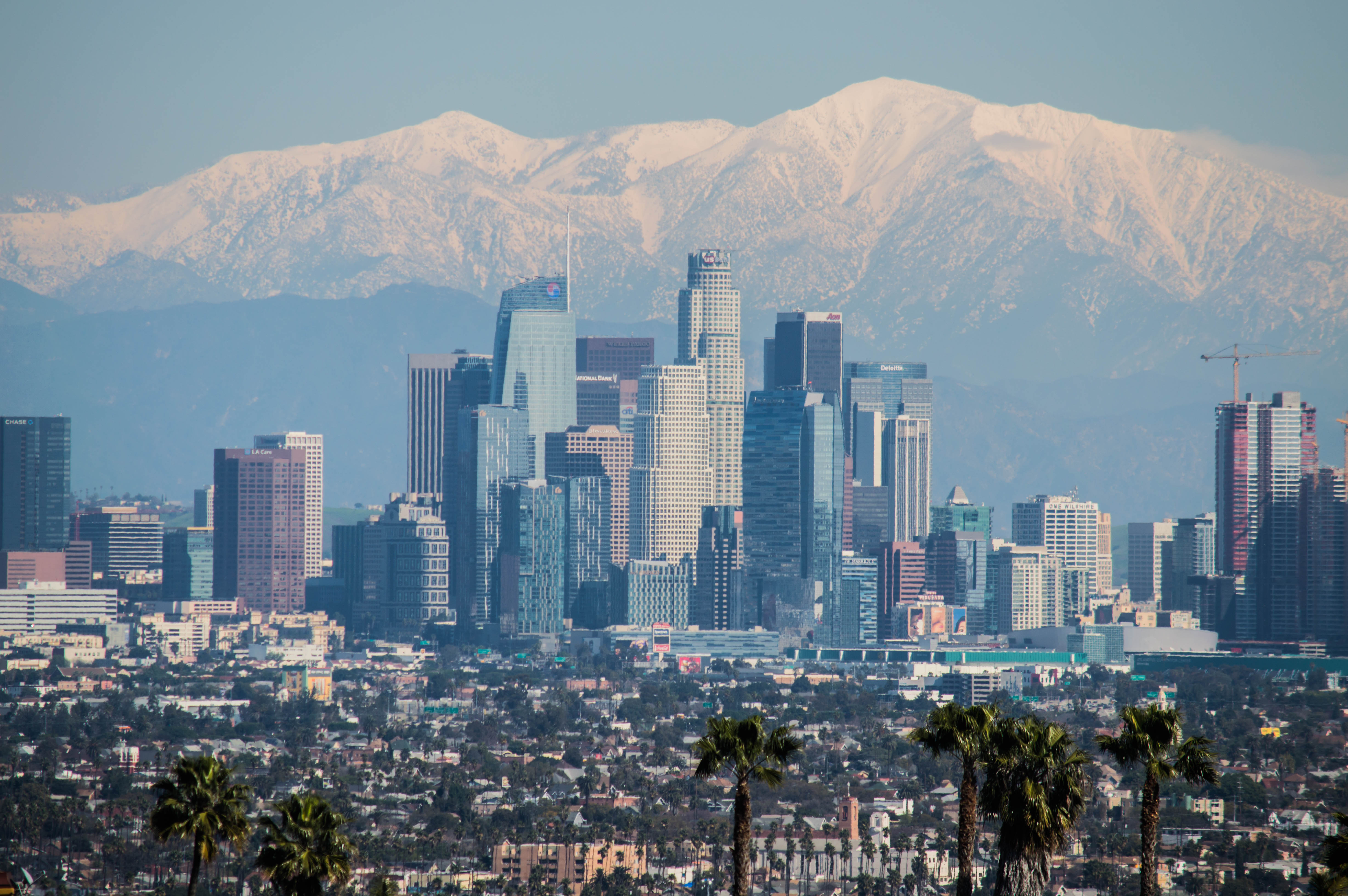 Circa’s duo of 35-story towers was touted as “a city within a city” with a two-acre private park, shops, and a host of luxe amenities all in one place when it opened last year. The megadevelopment also added to the 17,000 residential units that have opened in Downtown since the start of 2009, according to CoStar.

Oceanwide’s three towers range from 40 to 49 stories tall and contain 504 condos and a 184-room hotel. Its been a rough road for the project—construction came to a halt in January, and a few months later, officially restarted (though it doesn’t seem like much progress has been made since then).

This skyline comparison doesn’t take into account all the development we can’t see—the Arts District projects or the lower-rise residential projects that dot the city—but it does serve as a reminder that the changes in Downtown have been tall and plentiful.

The next decade of Downtown's life is on track to be another big one.

The city will weather the Olympics in 2028 and a few showy projects, from the Financial District to the Arts District to South Park—including the giant Angels Landing project at the base of Bunker Hill and the Frank Gehry-designed Grand Avenue project—should be open around that time too. The city’s plan to help fit significantly more housing and potentially less parking into the Downtown area are slated to go into effect, changing the look of the neighborhood closer to the ground too.

Downtown LA construction boom is largest in nearly a century

Next Up In Los Angeles Construction News