New details and a few early renderings are rolling in for a proposal to convert a Spanish-style bungalow court at Melrose Avenue and Van Ness in Larchmont into a boutique hotel.

Just west of Hollywood Historic Hotel and right next to Osteria La Buca, Las Vegas-based real estate firm Molasky Ventures, LLC is planning to both preserve the majority of the 1920s bungalows and dramatically alter the site at 5212 Melrose.

Plans filed with the Greater Wilshire Neighborhood Council show that while six of the seven bungalows would be preserved and converted to hotel rooms, a strikingly contemporary building would be constructed at the rear of the lot. That new building would stretch to a height of four stories and hold 13 guest rooms over a carport.

One of the bungalows would be demolished to make way for the new structure. 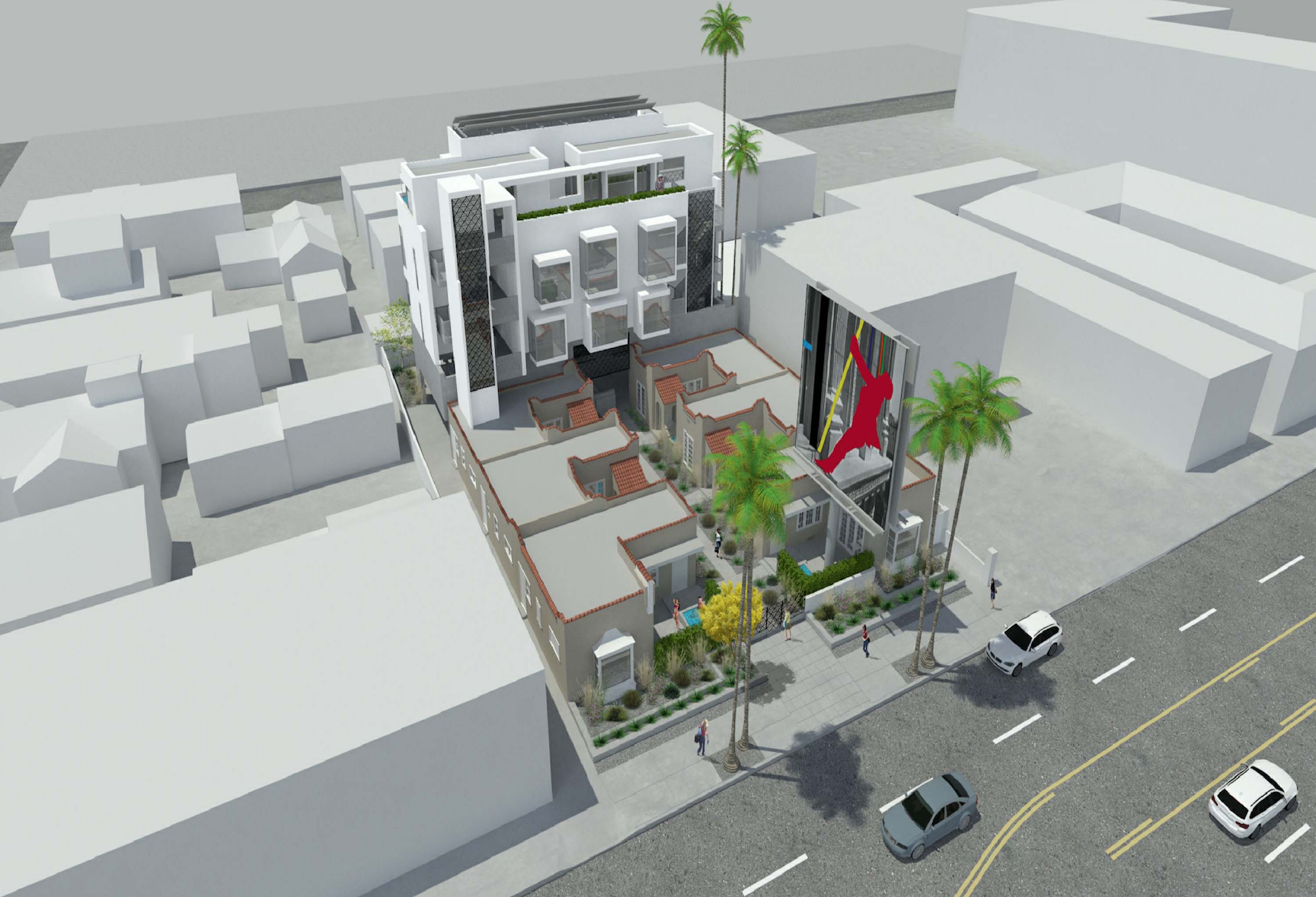 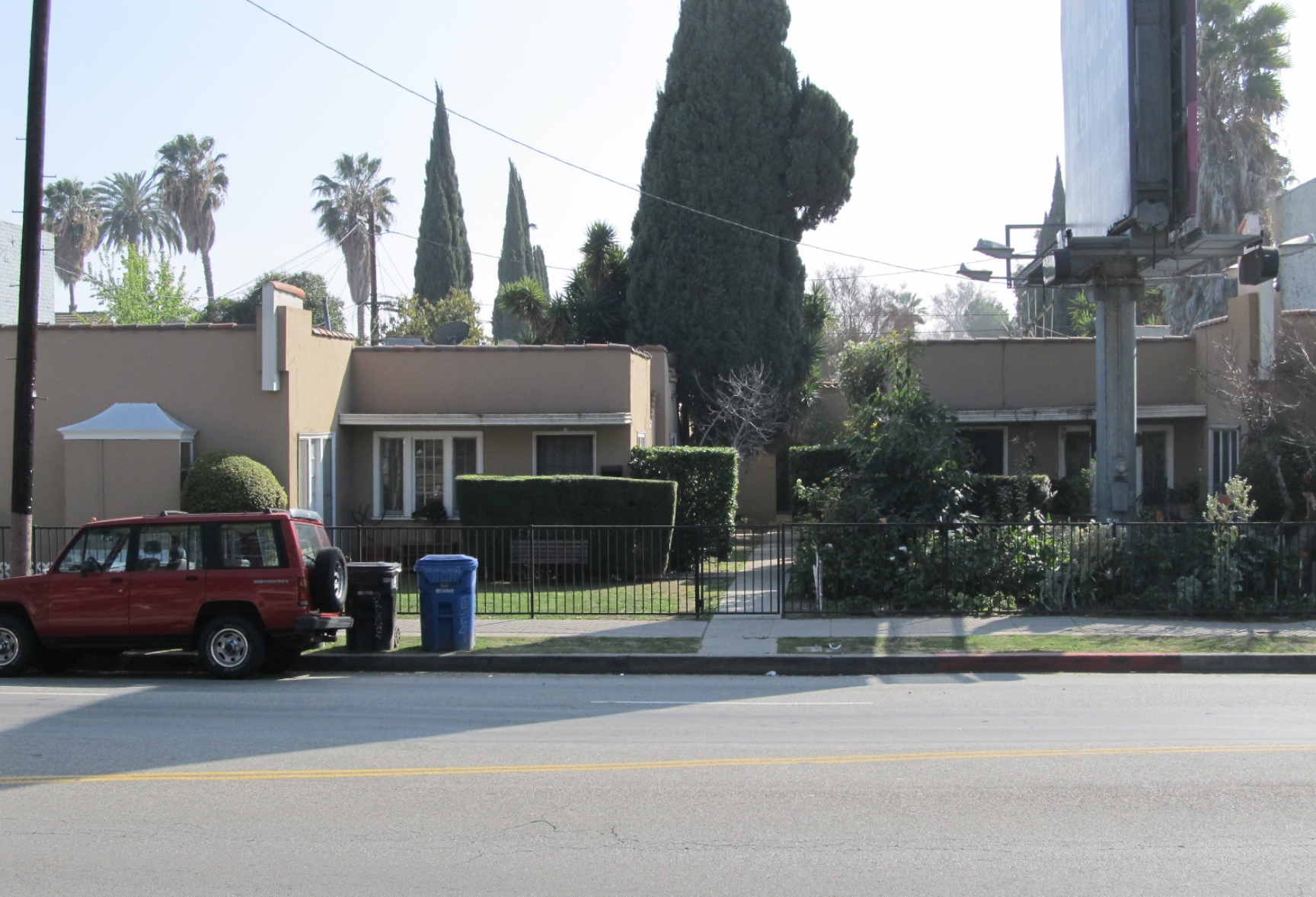 Molasky is seeking a conditional use permit to operate a hotel on the site, which is zoned commercial. The application is just starting to make its way through the gauntlet that is the city’s approval process.

According to the Larchmont Buzz, case worker Susan Hunter asked the Greater Wilshire Neighborhood Council on Tuesday not to approve the request, because “it would displace the elderly tenants many of whom have lived in the building for decades.”

City building records show permits for the bungalow court’s construction were filed in 1921 and 1922. The architect is listed as A.E. Wright, who also designed a bungalow court at 1516 North Serrano Avenue around the same time.

Plans filed with the neighborhood council say the Melrose bungalow court “has fallen into a state of disrepair, but the applicant intends to fully restore the original luster of the resource by re-purposing the use into a boutique hotel.”

Indeed, in the early history of Hollywood bungalow courts, the units were “marketed to winter tourists.” They eventually dotted Hollywood, providing housing for entertainment industry employees. Today, “they are increasingly rare.”

Next Up In Los Angeles Development