After a fire, a Beverly Grove couple rebuilds

The pared-down contemporary has plaster walls, marble counters, and chandeliers

Almost six years ago, Mark and Kathryn closed on a house in Beverly Grove. The couple had lived in the neighborhood before—their first place together had been here—and were happy to be returning. Their new house wasn’t the best house on the block, but it wasn’t the worst one either, they say. It had been cared for by the longtime owners but not updated, so the couple planned to renovate section by section, working on one part of the house while living in another with their young son.

They closed escrow on a Tuesday. Four days later, the house caught on fire.The electrical fire caused serious damage. Areas that flames hadn't touched were soaked with water from firehoses, soot, and infused with the smell of smoke. Mostly the front of the house burned, but there was so much soot, Mark says, it left, "a black ring around the base of the toilet in the bathroom at the back of the house."

The couple hadn’t moved into the house yet, so they were safe as were all of their possessions. But rebuilding proved to be incredibly expensive and slow (they said they had to wait about a year and a half to get insurance payments for repairs).

The couple used all of that time to carefully hammer out the design details. The interior walls of the house have a plaster coat, so the cool, light gray isn't paint, but the color of the plaster. They spent a lot of time checking out Restoration Hardware outlets; the light fixtures in the living room and dining room are from the retailer, as is the large communal table in their backyard.

Mark says they took care to use the same materials and fixtures throughout the house, so it all looked clean and continuous. The kitchen counters are marble, a surface that's echoed in the bathroom, too.

Clean is definitely the word that comes to mind. Stepping inside the house, it might seem like maybe the family hasn’t finished moving in yet. There aren’t stacks of books or shelves displaying tchotchkes. The sleek walls of the house are conspicuously bare for a couple with two young children. (They now have a daughter, too, who’s just over one-year-old.) 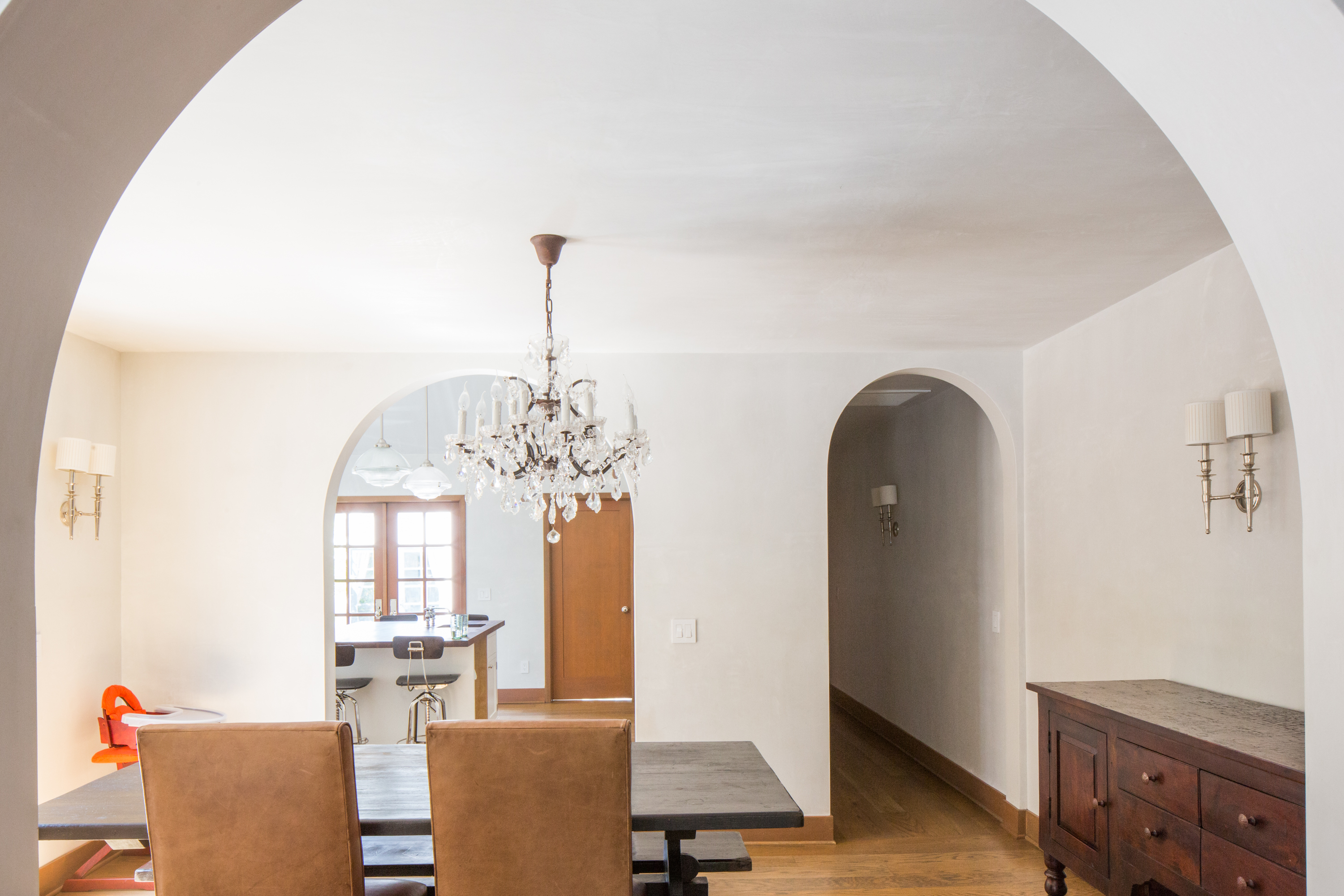 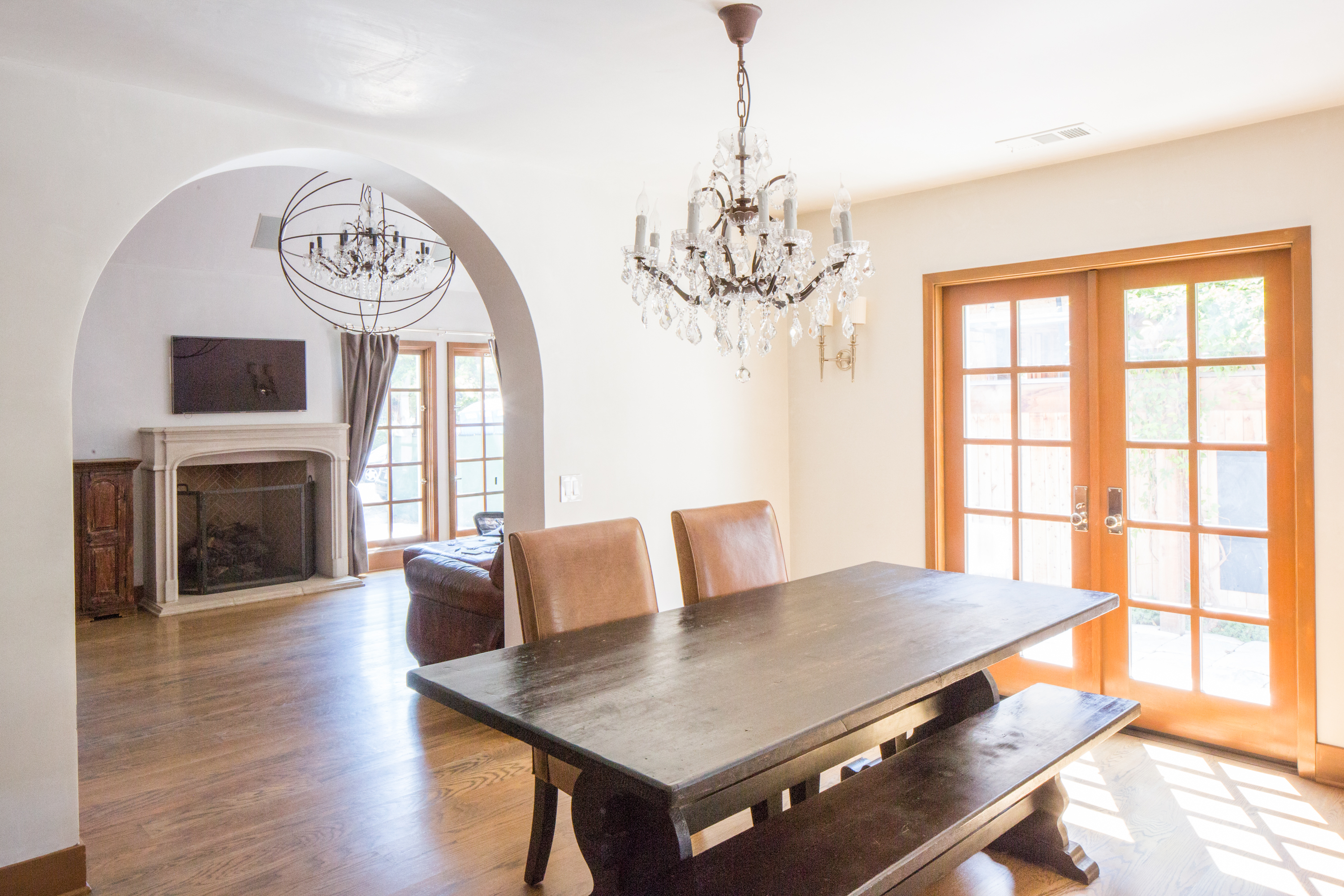 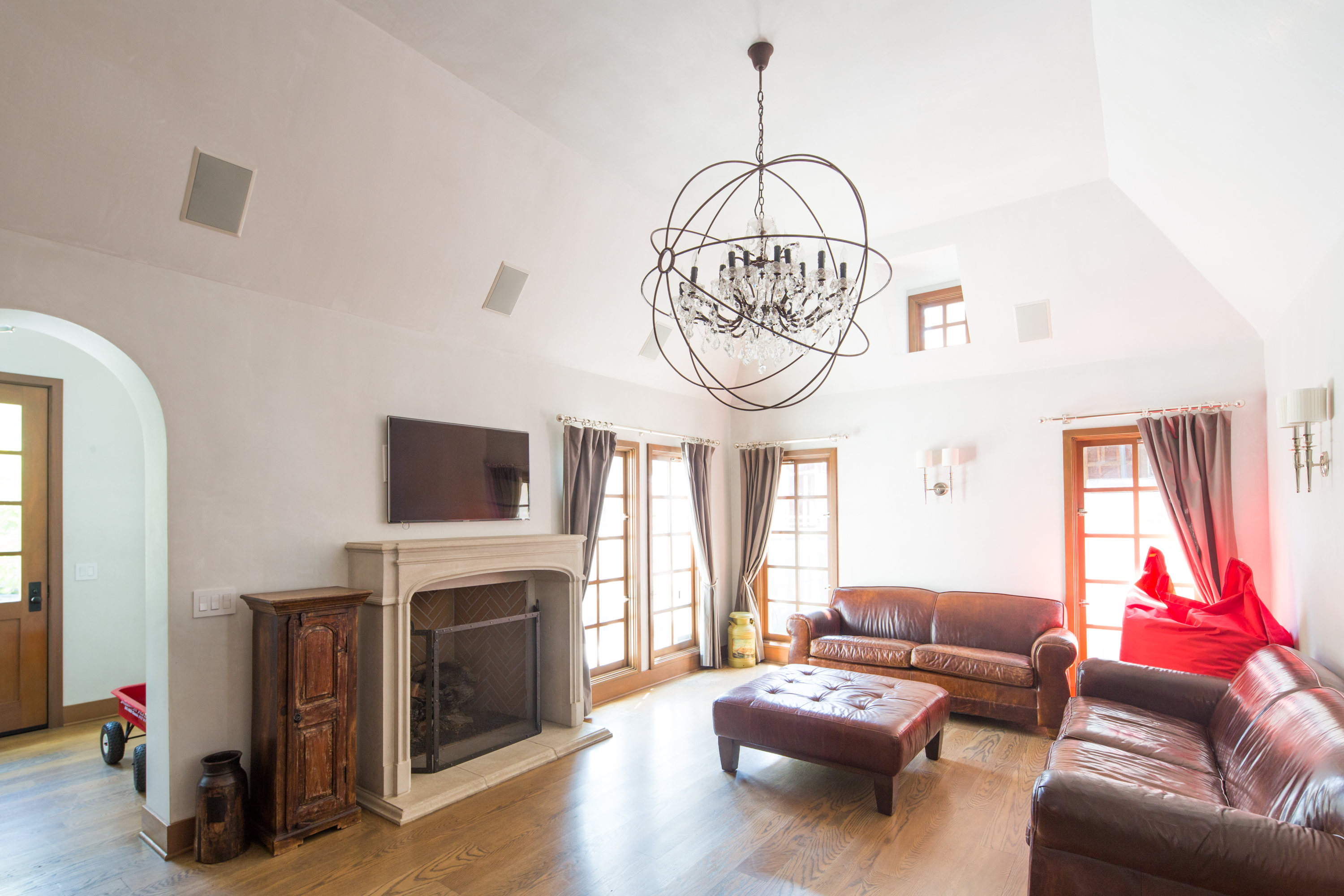 It’s not a lesson from the fire that the house is devoid of clutter and wall hangings. (Though the kids rooms do look like kids’ bedrooms—there are drawings taped to the walls and toys.) Kathryn says the pair has always kept a streamlined house and has long leaned toward not accumulating things. She notes that in their 16 years of marriage, they’ve moved nine times, and she credits the moves with helping them both travel light.

The bareness also stems from a deep pride in the house. "I’ve heard from people, ‘Why don’t you put things up? Why don’t you have art on the walls?’ I’m like, this is my art. We picked this, we did this, we designed this. This is what I’m showing off," Kathryn says.