Inside the William Pereira buildings on Sunset in danger of demolition

Are they worthy of saving?

Set on a small hill on Sunset Boulevard, on the eastern edge of Echo Park, Holy Hill Community Church is recognizable by its pink facade and big white cross. But from 1961 to 1993, when the church campus was the headquarters for the Metropolitan Water District, its buildings were distinguished by panels of perforated concrete sun screens, exposed columns, intricate guardrails, and fountains and pools, the latter were symbols of the water district’s role in the growth of Los Angeles. The design was the work of William Pereira, a visionary master planner and prolific architect who, in the past few years, has begun to earn a reputation as a pioneer of midcentury modern.

His admirers praise the MWD buildings as examples of his modernist masterwork. The campus is empty now, having sold last year for $29.75 million to Beverly Hills-based Palisades Capital Partners, which plans to knock down the buildings to put up a big mixed-user.

Those plans might be hindered by preservationists and the owner of the building next-door who say Pereira's work should be restored. The city's Cultural Heritage Commission is considering whether the buildings deserve landmark status, a designation that could thwart demolition. It toured the property last week, opening up the space to the public for the first time since the 1990s, when the buildings fell under private ownership.

While some of Pereira’s original features are still intact, others have been eliminated entirely, including the sunscreens and a stately pedestrian bridge. The inside is tattered. An interior courtyard is overgrown with weeds, its handsome board room has been gutted, its oval-patterned tiles have faded. Its condition stands in contrast to the shiny high-rise next-door that was originally part of the MWD campus. That building sold in 2011 to Los Angeles-based Linear City Development, which dug up Pereira’s original plans to restore the high-rise before turning it into housing.

"We are very proud of what happened with this building," said Yuval Bar-Zemer, a partner with Linear City. "We feel like there's new oxygen in the neighborhood." He wants Palisades Capital Partners to follow suit. "We did it ... because we enjoy it, the value of architecture," Bar-Zemer said. "People who live in this building have a feeling of living in a chapter of history." 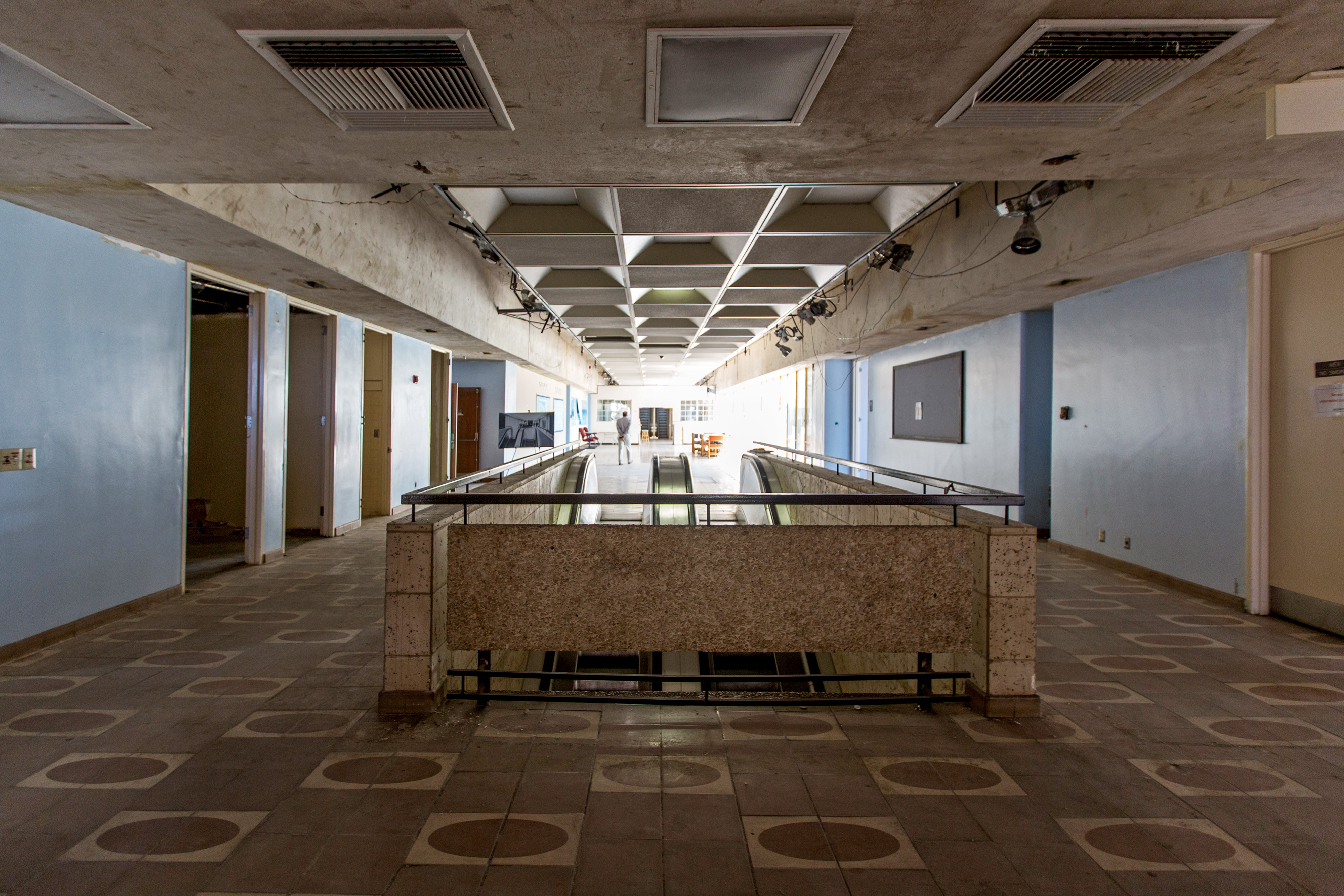 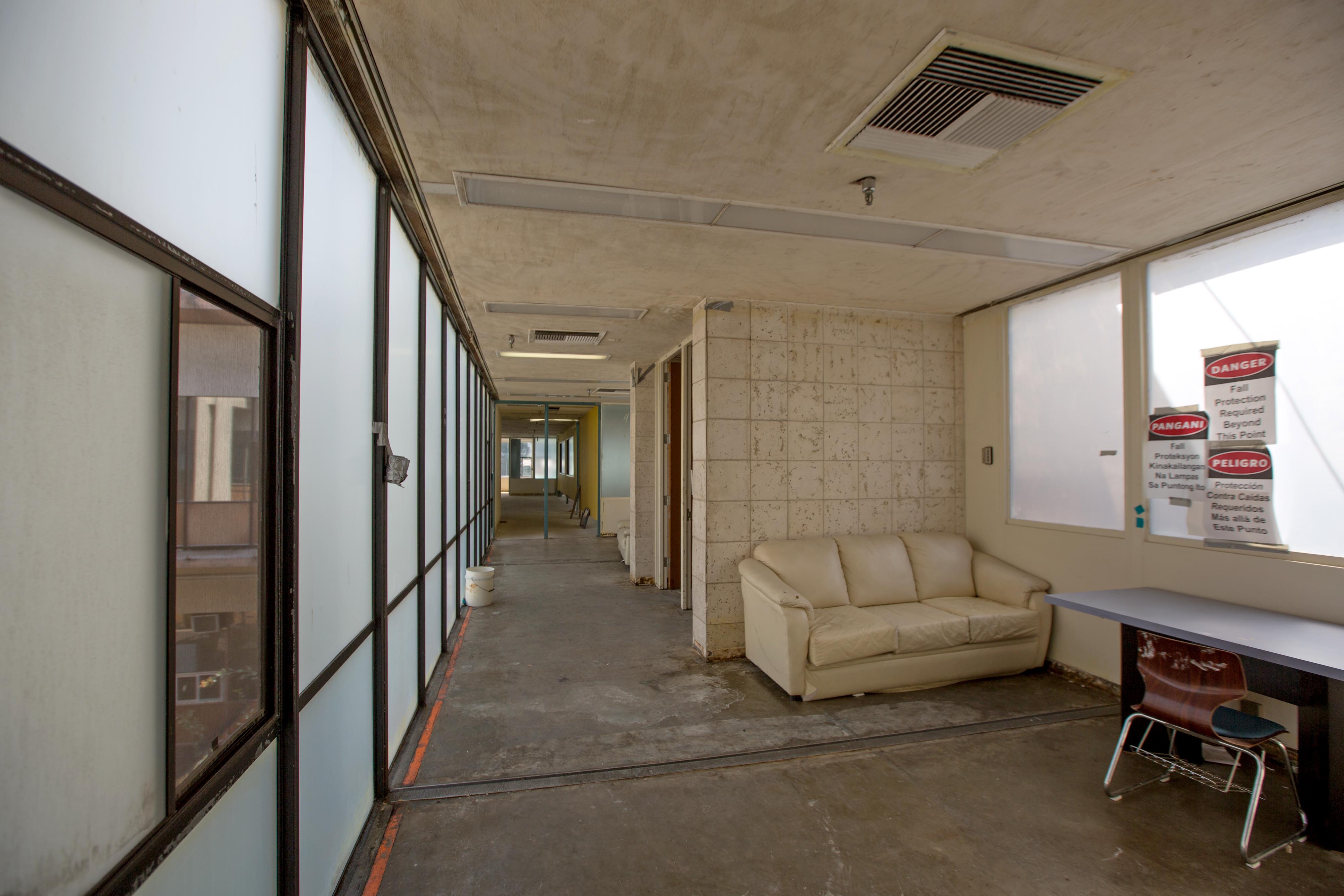 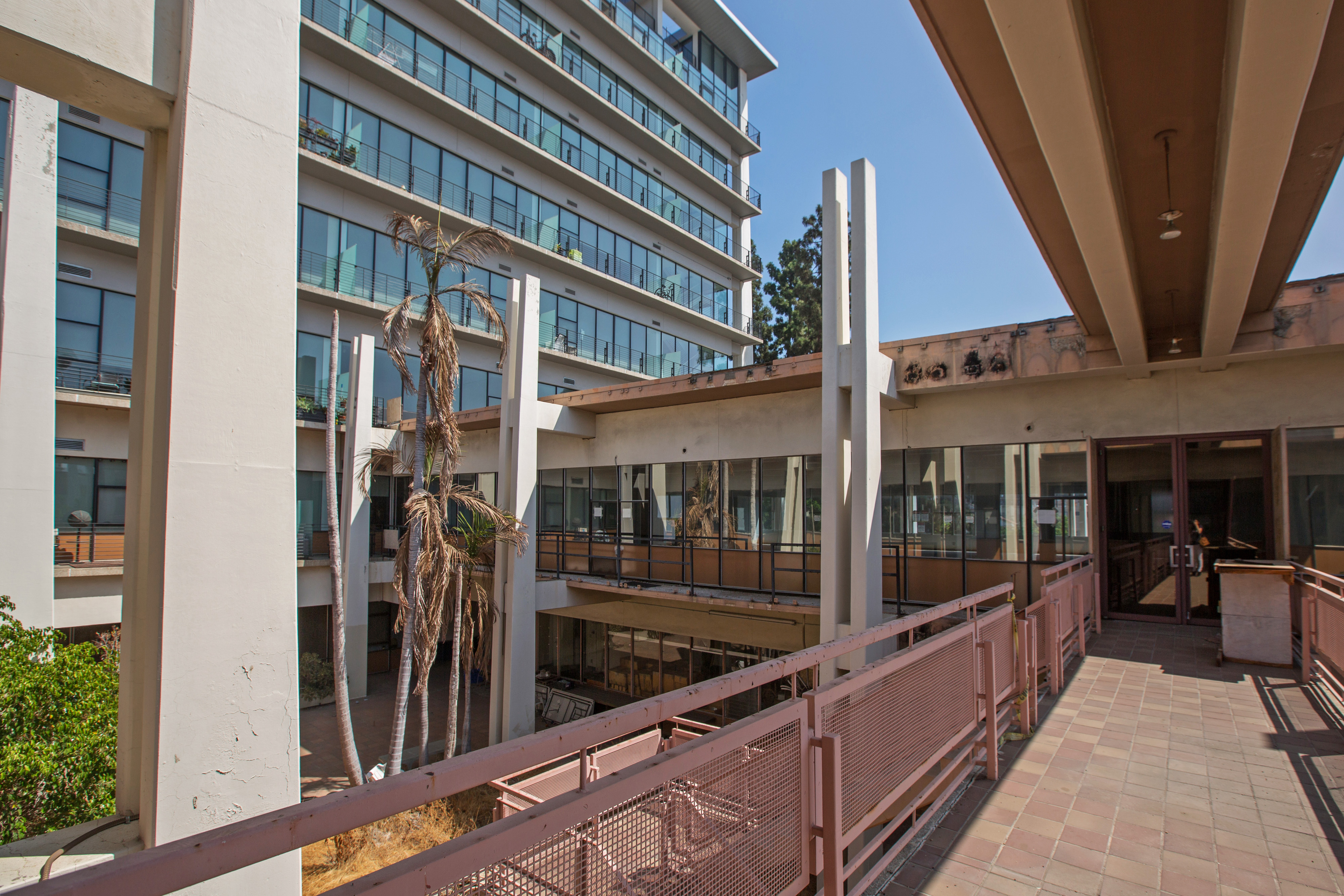 In Danger of Demo, William Pereira-Designed Campus Near Echo Park May Get Landmarked [Curbed LA]