A Hopeless Fixer Becomes a Craftsman Dream in Hollywood

It took six years and about $500,000, but Annette and Gustavo finally have their dream home

Annette and Gustavo's impeccable 1908 Craftsman home in Hollywood has a wide front porch; French doors; hardwood floors; an enormous kitchen; and a stylishly landscaped backyard with room for a pool, a fire pit, and an outdoor shower. (The latter is to be expected—Annette, along with her friend Mary, is the co-owner of the Atwater Village outdoor lifestyle store Potted.) But if we were to go back in time 14 years ago when the couple bought the house, we'd see a rundown place with a tarp on part of the roof; a house that, internally, was actually, visibly sinking.

Annette’s husband Gustavo was in Australia when the house across the street from their home hit the market. They loved the privacy of the lot—something their home at the time lacked—but the four-bedroom Craftsman was a fixer-upper if ever there was one. Photos dating from the time they bought their 2,300-square-foot home show a tarp on the roof over the living room, covering a hole that, Gustavo believes, was where someone was planning on putting in a patio but never quite got around to it. The chimney was crumbling. Everything needed to be replaced.

Annette and Gustavo had done big remodels on houses together before, so they were undaunted by the project even when others were less than supportive. Annette says that when she and her mother-in-law took a walk-through of the place, "She said, ‘Don’t you dare buy this house. You cannot buy this house,'" Annette recalls. The couple's young daughter (now away at college) was also unsupportive; she loved the house they were in and didn't want to move. 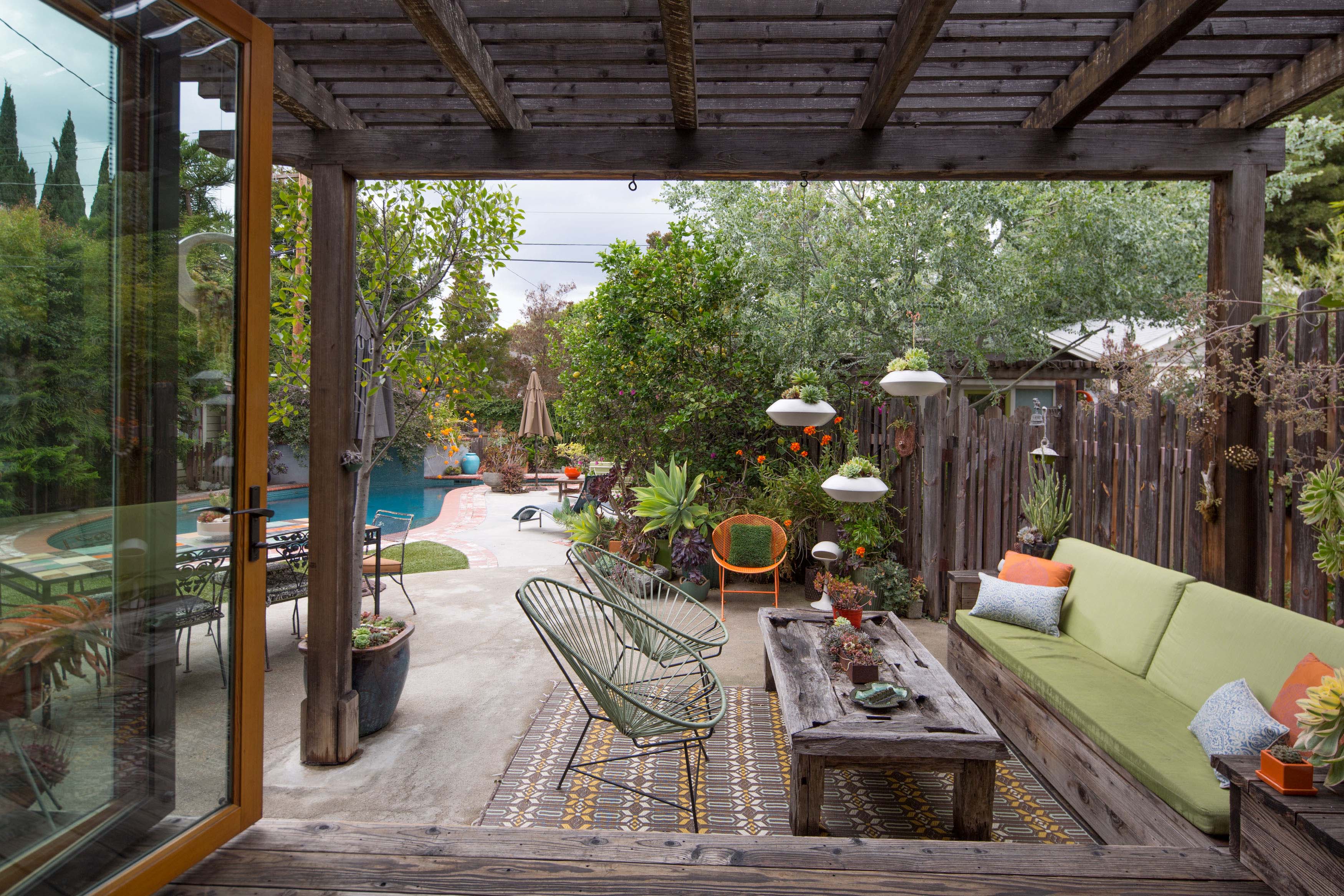 Despite the protestations of others, the couple made an offer, got the house, and then got to work.

What Annette and Gustavo refer to as the "first phase" of renovations included additional massive undertakings like replacing all the plumbing and wiring and reroofing the entire residence. (They lived at Annette's sister's house while the work was being done.)

Phase two of renovations came about three years later, in 2005, when the pair redid the backyard, adding the pool and the surrounding hardscape. The outdoor space behind the house now has plenty of room for their three dogs, a covered patio, an outdoor shower with hot and cold water, and a fire pit nook paved with bricks from the house's old, useless foundation. Everything in the backyard has a kind of curve or swirl to it, and that's not an accident. "The house is so angular, our idea for the yard was for nothing to be angular," Annette explains.

The third and final round of renovations was in 2008, and Annette refers to this phase of alterations as the "major" one. It involved ripping off the back of the house, remodeling the kitchen, enlarging the master bathroom, and adding the L-shaped porch off the master bedroom, from which there's a nice view of the Hollywood sign.

This is the phase that also gave Gustavo a large kitchen with space for people to gather, his requirement for the house. In fact, in anticipation of having the giant kitchen of his dreams down the road, Gustavo bought a giant Wolf range and plopped it into their originally cramped kitchen. The new kitchen was built around the centerpiece of that stove.

Looking back, Annette admits she underestimated the whole project. "I was all cocky," she says, but "it broke me." That's in the past, though. The fruit of all that labor is that now, Annette and Gustavo have a house that's practically perfect for them. The only thing they they'd change about is that the driveway's a little narrow, but they don't seem in a hurry at all to get started on renovating that.