A Little West Adams Apartment Pared Down For a New Baby

A writer, her husband, their baby, and two pets share about 600 square feet

"It’s definitely the smallest place we’ve lived in," Danielle, the associate editor of Curbed's sister site Racked LA, says of her West Adams apartment. "But the [fact that it's a] two bedroom and the patio makes up for what we’re lacking in square footage. And the washer and dryer, which is the best."

It's a full house: Danielle and her husband Thomas share the roughly 600-square-foot apartment with their two-month-old son Marlon, their cat Bella, and their dog Lucky. They moved in almost two years ago, trading in their larger Valley Village apartment for this, more centrally located, one. Though they were both just "ready to live outside of the Valley," Danielle says, another motivator was the prospect that Thomas would not have to take the 405 Freeway to his job in Santa Monica anymore. "It's still kind of terrible, taking the 10, but because the Metro [Expo Line extension to Santa Monica] is gonna be opening soon, we figured this would be a better place as far as his commute." 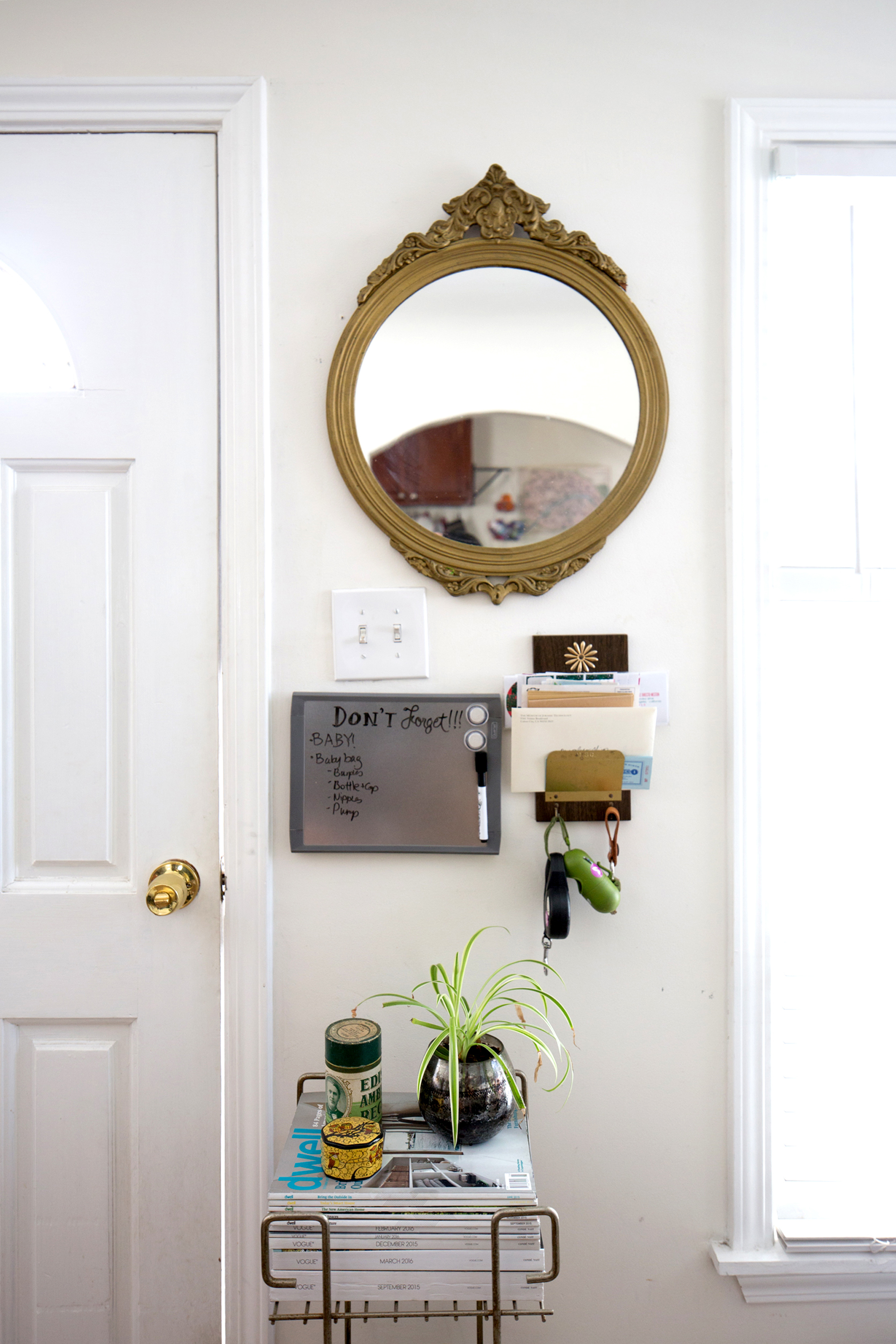 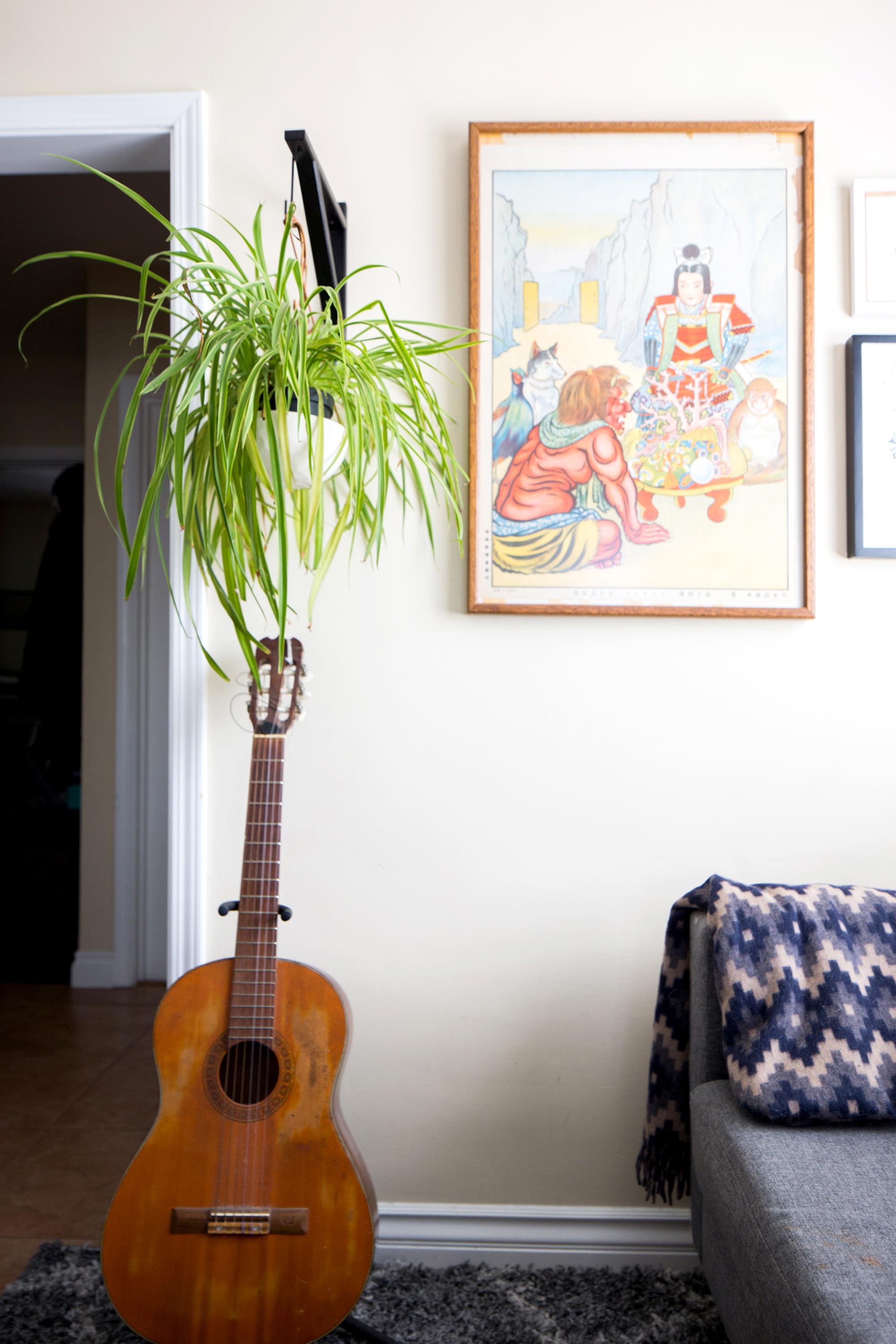 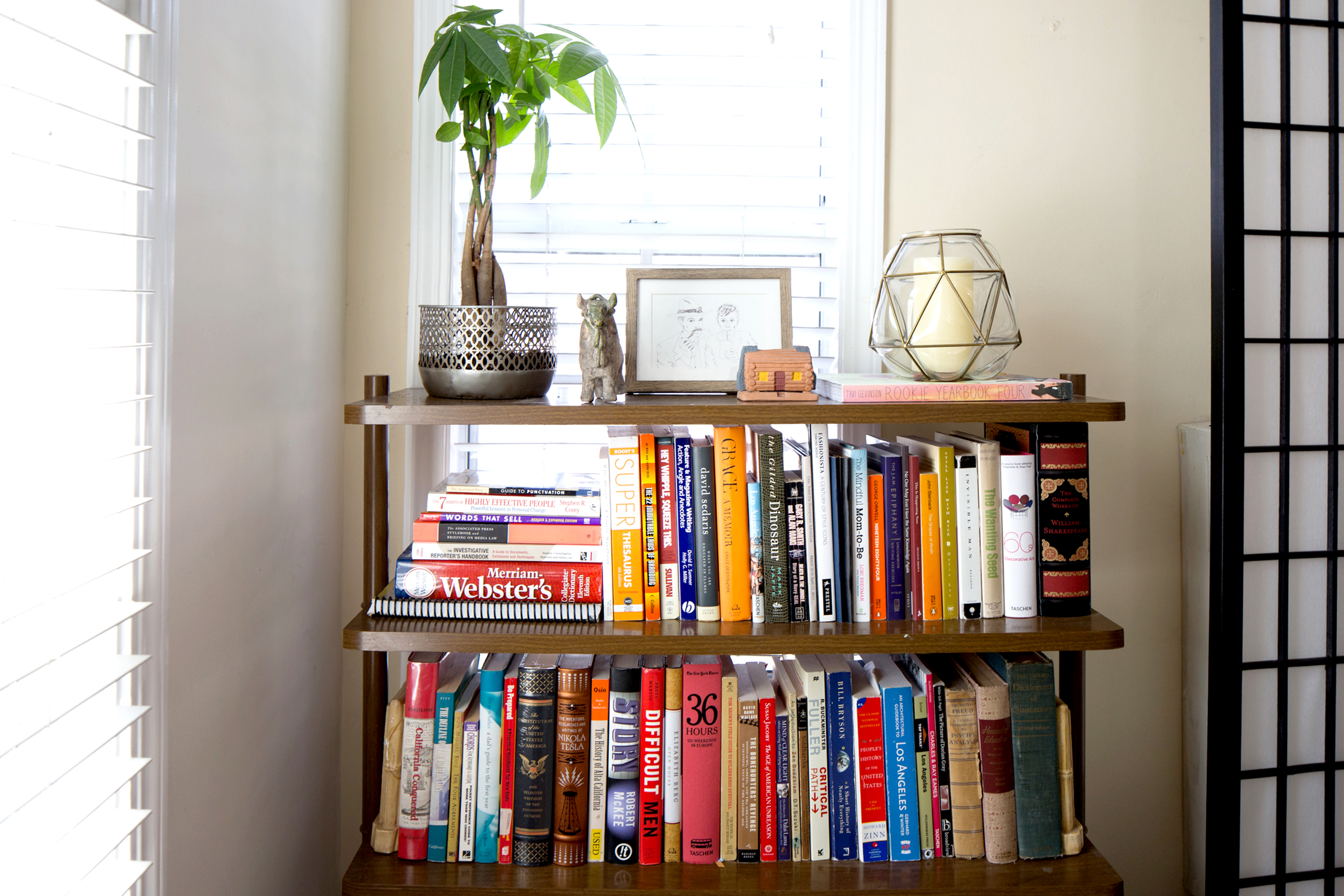 More recently, the couple started thinking about getting their cozier space ready for a baby. As many parents do, Danielle and Thomas used the arrival of their son as a reason to pare down their belongings—not just to make more room for baby things or make the space more baby friendly, but also because they were "trying not to bring him into a house full of crap."

Eliminating clutter alone can be challenging, but Danielle says they had an additional, lofty goal: they were trying not to sacrifice their own design desires. "We just wanted to have less, while still having our personalities represented."

"I don’t want him to grow up and be like, 'There was a dead raccoon on our wall.' Because we did have one."

Their personal styles had already shifted, though, just anticipating the kid they'd soon be bringing home. Danielle describes their previous style as leaning toward "a mix of midcentury and weird oddities" like taxidermy, but "It’s kind of terrifying for a kid. I don’t want him to grow up and be like, 'There was a dead raccoon on our wall.' Because we did have one." (Note the lack of a stuffed raccoon on the walls now.)

In concert with their quest to streamline their stuff, the couple decided to enlist the help of Laurel & Wolf, which offers an interior design process online. Danielle says that most of what that process showed her was how to use what she already had in new ways to make her space fit her new wants and needs—like using a screen she owned to hide a protruding heating unit in the living room that she wasn't a huge fan of looking at. "What I had them do was help me rethink how to use the space and how to switch things up a bit while working with the existing furniture that we had." 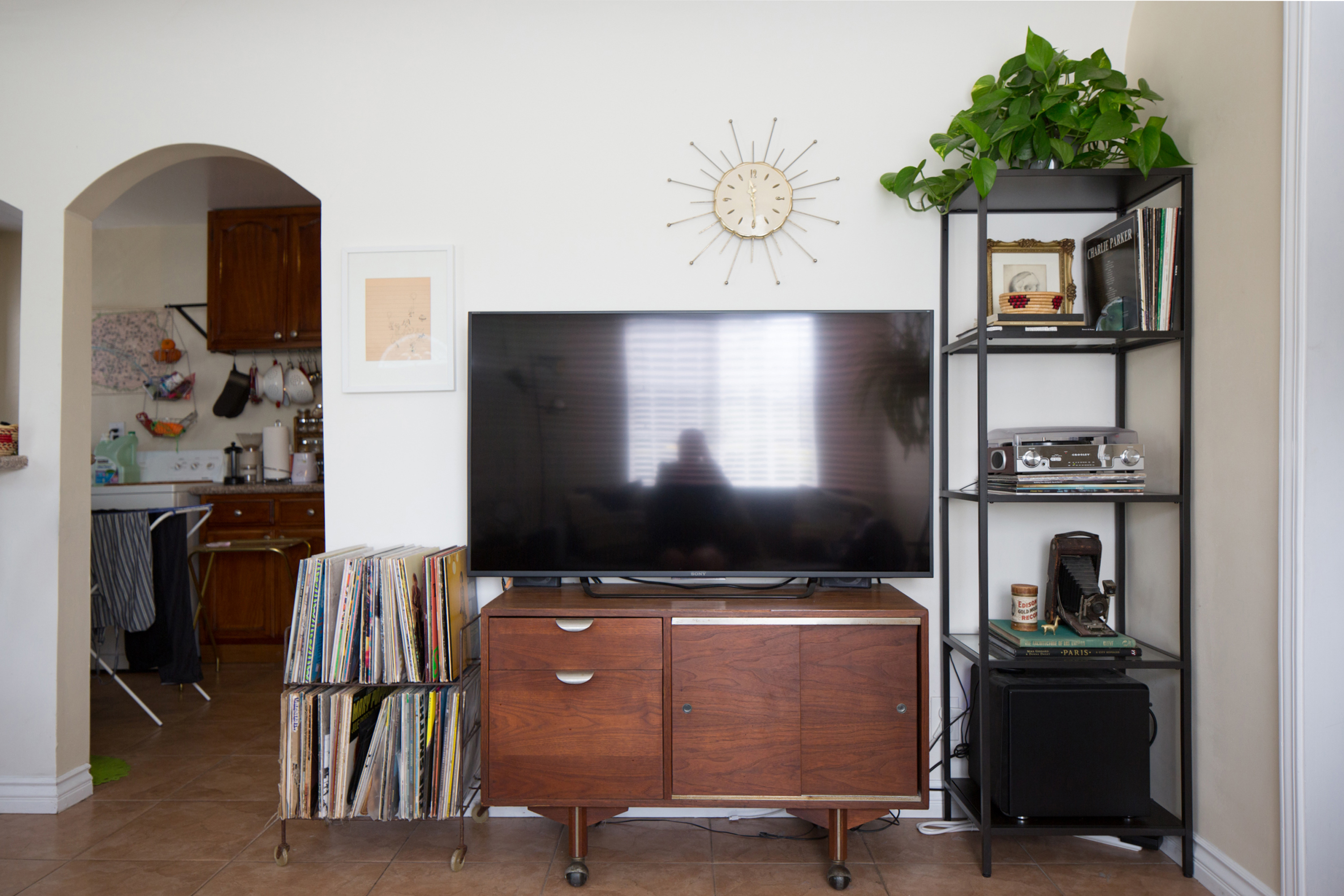 The furniture that survived the purge is a mix of vintage finds (from antique stores and flea markets) and Craigslist scores. A clock over the television was repaired by Danielle herself ("I just took it apart and I took apart an Ikea clock and put gears in"), while a metal stand the couple use as a catch-all by the front door was a find from an antique mall in Riverside.

Even though a lot of rejiggering went into bringing the interior of the home together, one of Danielle's favorite features about the house is the patio in front of their apartment. "We can have people over and grill things, and when he’s old enough to crawl, he can have space out there, if we’re still here."