The former Beverly Hills home of Elvis and Priscilla Presley has returned to the market after a brief two-year hiatus. The home has been through quite a saga since 2012, when it was listed for the first time in more than two decades. Hard Rock Cafe founder Peter Morton purchased the house for $9.8 million, and rumors soon abounded that he planned to tear down the residence and redevelop the valuable Trousdale Estates parcel on which it sits.

A massive public outcry helped to prevent that from happening, and Morton instead flipped the property in 2014 for $14.5 million. The buyer, a "mysterious corporate entity," according to Variety’s Real Estalker, appears to have hung onto the home until now, and is now selling the 1958 French Regency-style estate for $30 million.

The home certainly appears to have been updated a bit since its last foray onto the market. Listing photos reveal a living room that’s sporting new flooring and a fresh coat of paint, along with a kitchen that’s certainly seen a makeover or two since Elvis was using it to fix himself peanut butter and banana sandwiches. Per the listing, other recent changes include a new laundry room, new electrical wiring, and a resurfacing of the pool and spa.

From the outside, however, the home is unmistakably recognizable as the West Coast home Elvis and Priscilla shared between 1967 and 1973. The 5,367-square-foot, three-bedroom residence has walls of glass and sliding doors throughout. Other features include an attached guesthouse, carport, and motor court. 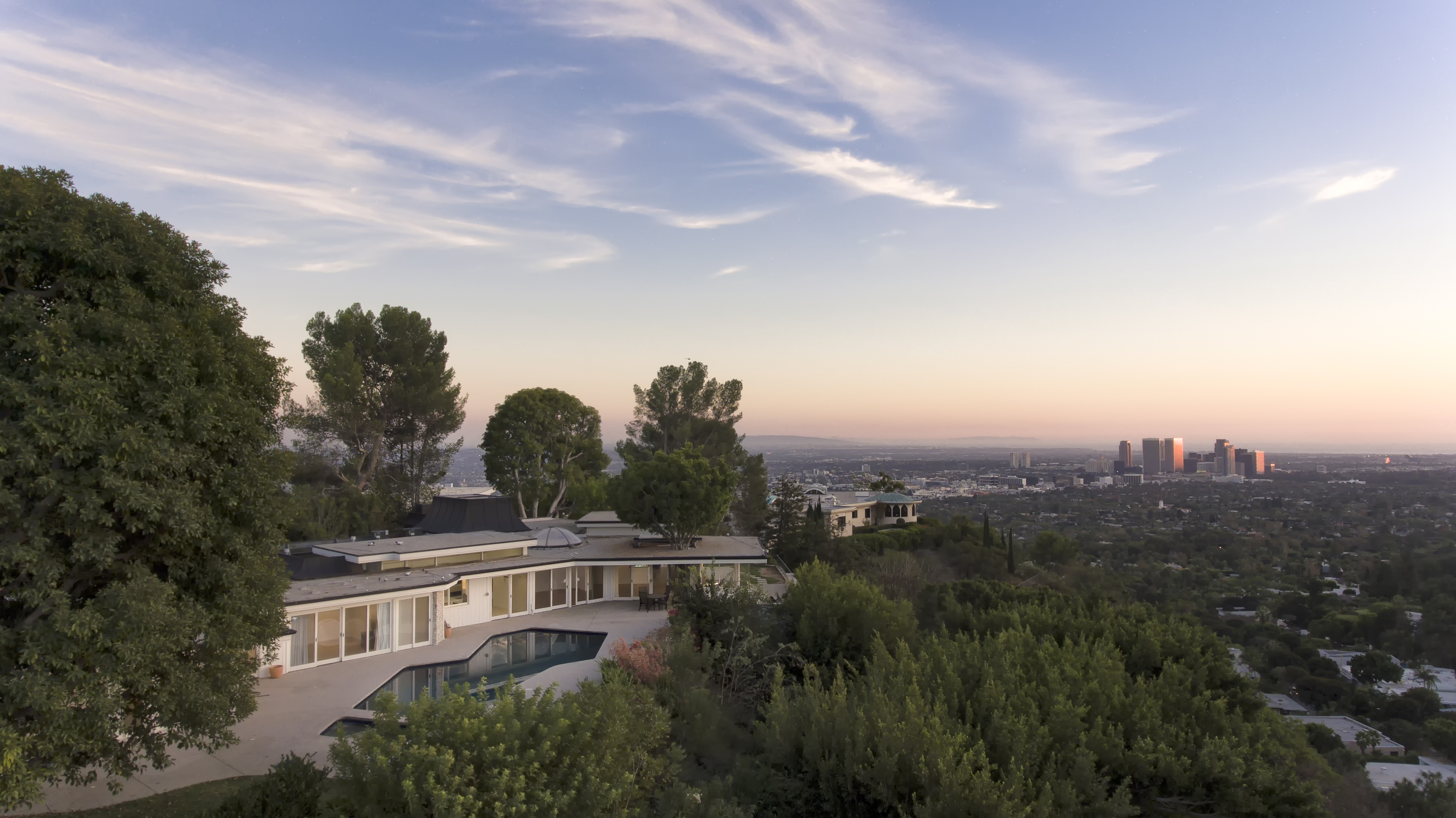 Next Up In Los Angeles Celebrity Homes