A bit of John Lennon history

If there ever were a home that captured the mood and magic of Laurel Canyon, this might be it. Set high enough on stilts to require entering via a funicular, it’s a peaceful and breezy space peppered with a bit of music history.

Since the current owner decided to sell, the two-bedroom hideaway has been glammed up a bit with subway tiles in the kitchen and metallic wallpaper in the bathroom. The wood and tile floors have been painted white.

But those new touches don’t mask much of the original details that make the home special: stained glass and leaded glass, wood-paneled walls and carved wood doors, built-ins, an arched veranda, and shoji screens from Japan.

It was built in 1961, just as musicians including Frank Zappa, Mama Cass Elliot, and Joni Mitchell were beginning to retreat to the woodsy canyon in the Hollywood Hills, eventually churning out songs that, as Rolling Stone has put it, "defined the very essence of the Sixties California sound."

Its first owner was John Compton Tolley, an actor turned real estate developer. He sold the 5,065 square-foot-property to celebrity publicist Elliot Mintz, whose clients have included John Lennon, Bob Dylan, and Paris Hilton, and who lived there until 1988. (Later, from 2006 to 2014, Olympic swimmer Ian Thorpe owned it).

"John and Yoko attended my 31st birthday party there and John visited during his 'Lost Weekend' period," Mintz told Curbed via email. The year before that, Mintz said he hosted a black tie soiree, and "lots of the locals showed up including, Alice Cooper, David Cassidy, Dick Clark, Ray Bradbury and dozens more." 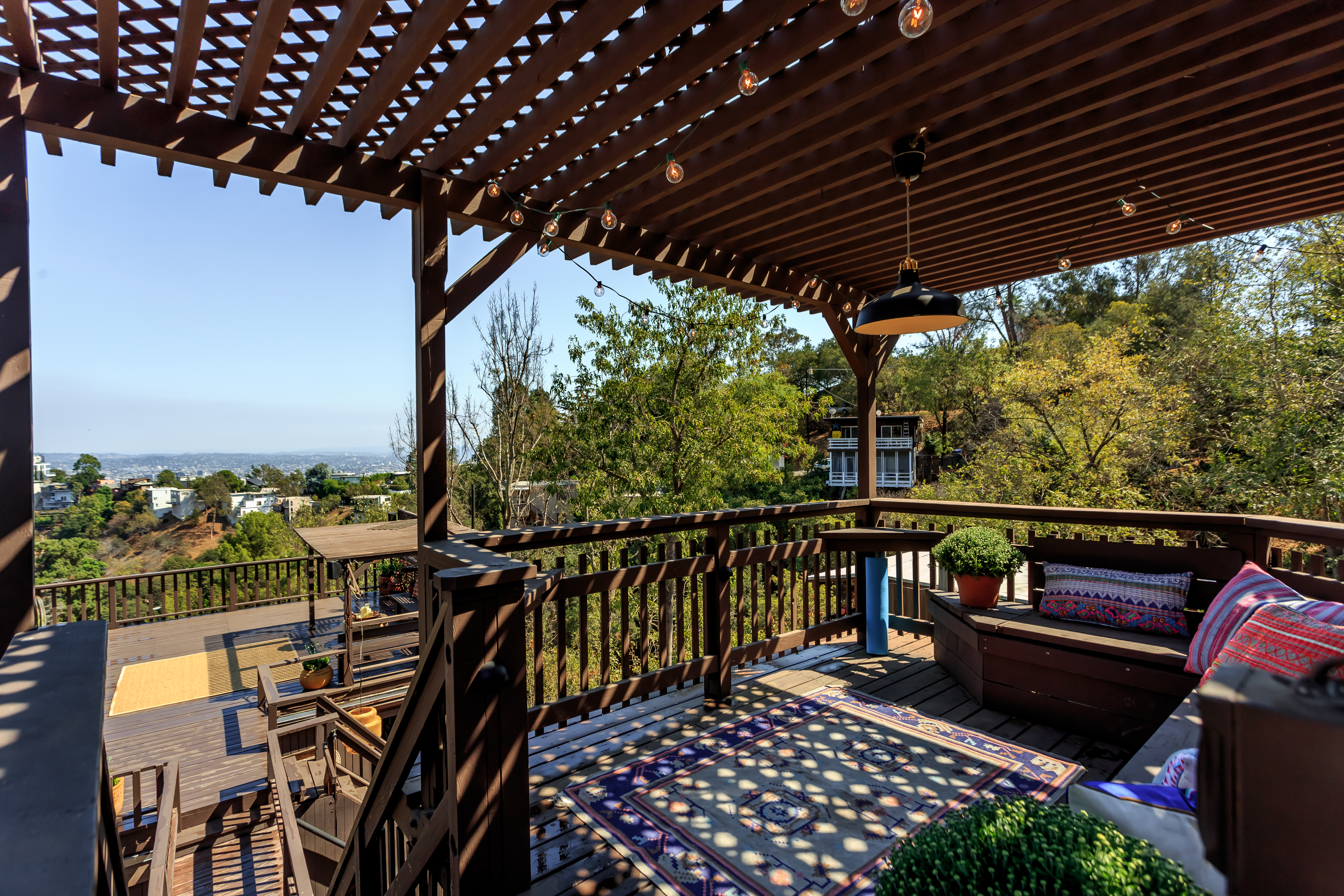 It’s hard to imagine all of them squeezing into this house, which measures just 960 square feet. Maybe they spilled outside, onto one of the patios or decks, which offer views of Downtown, the Griffith Observatory, and tree-studded hills.

"It was small but comfortable with a great view of the city as well as the canyon. Some of the best memories of my life were experienced there," Mintz said.

"For years, I had 'sellers remorse’ ... I hope whoever buys it, experiences some of the joy it gave me."

Next Up In For Sale in Los Angeles